Finally typing from Rome! I have done a search for places I wanted to visit a couple of weeks before travelling. When visiting a place that you have only seen on Google Earth and have little information about, it is always good to be prepared for the unexpected.

Sometimes this type of buildings may have been demolished or have just become unaccessible.

Luckily this was not the case for this particular space. We were able to find it and access it straight away.

This building used to be a school and was bombed during the second world war. It has been left to decay since.

We just wandered around the many rooms and corridors for the first hours taking pictures and choosing the locations for the shots I wanted to take.

I had this idea of shooting using flour, scattering it around to create a ghostly effect. The challenge was to shoot at a high shutter speed while in a dark space.

I don’t own any fancy equipment and definitely I don’t have a big crew of creatives around to help.

It was just me, Giancarlo my camera and a tripod.

We choose the first spot in front of a stunning giant arch shaped door that was looking directly on the internal garden of the building and had a lot of light coming in.

While spinning around trowing flour every where I felt like all the tiredness and negative energy where leaving my body making space for a sense of freedom and excitement.

After that we took a second shot at the door and then went up stairs.

On the second floor, we walked through a long corridor and ended up in an empty room that had a magical golden light coming in from what seemed to be a hole caused by bombing on the wall at the other end from where we were standing.

All inside were the pieces of what remained of the structures of about twenty beds, we were in the dormitory.

It all felt really strong and moving, so much that after taking this photograph, we both started to smell like if something was burning and instead of continuing to explore the rest of the building we left quickly, only to realise when back in the car the it was all in our heads. 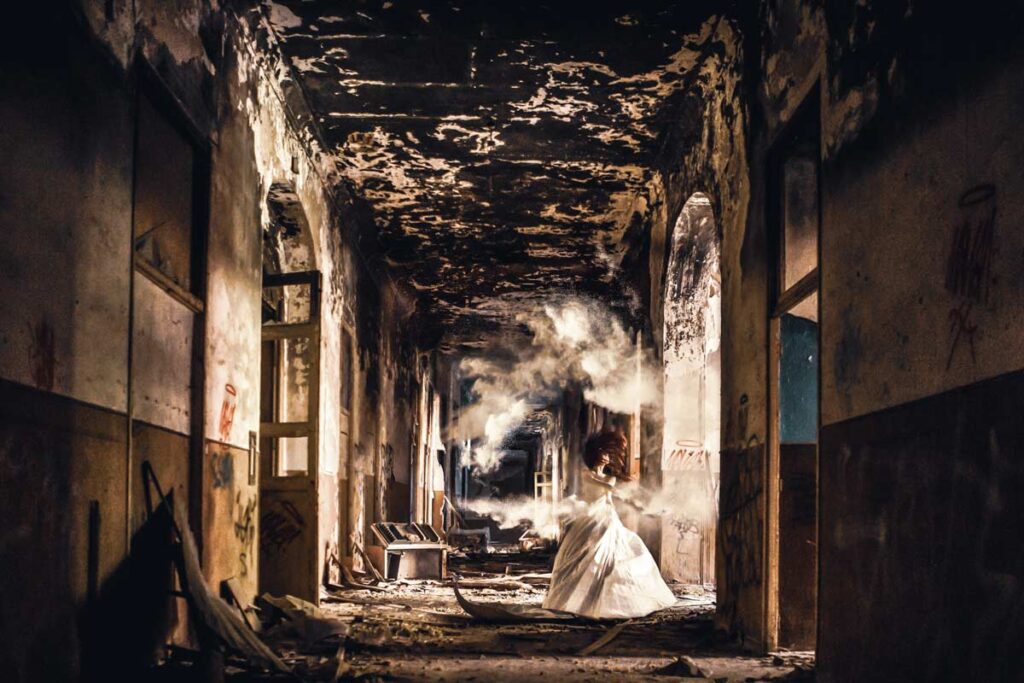 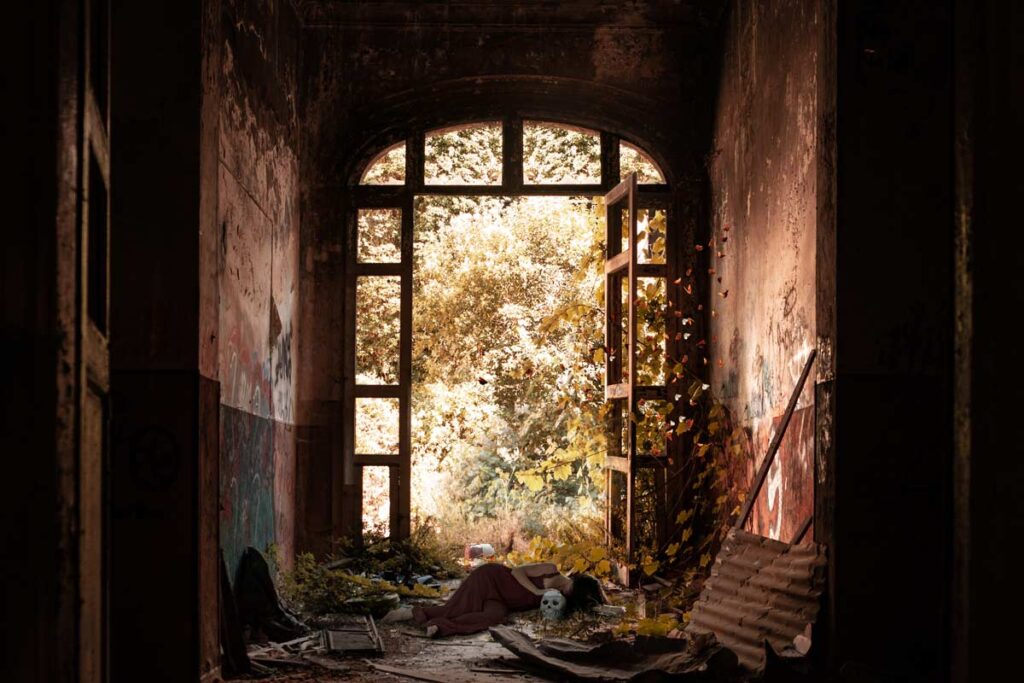