A Magical Trip to Wales

Last October, after a few weeks spent looking for suitable locations to shoot for my ongoing project, I had to come to terms with the fact that I would never find the right place if I kept searching it in London.

So I began to look further away and searching the web for articles and info about abandoned buildings with interesting stories in England.

I quickly came across a few articles about an abandoned mansion in Wales, the name was very captivating: The Red Dress Manor. 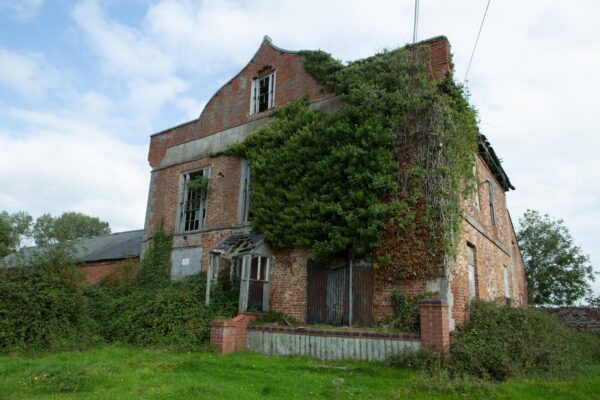 The story of this place was very fascinating, and so were the images of the rooms in the house, all of the furnitures and personal belongings of it’s owner were still there and there was a beautiful red dress left hanging in the bedroom’s wardrobe, as well as many old photographs scattered around.

“A dream come true..!!”, I thought to myself. I called my sister and asked her and her partner if they were up for a weekend of adventure.

They said yes, and so we went.

That Saturday morning, we all jumped in the car, bringing little Luna along with us.

The drive was quite long, but when we got to our destination it definitely felt worth. I had booked a little flat in a beautiful countryside house, and everything around the area looked like if it was a setting for a fantasy movie.

The next morning we made our way to the abandoned manor, at arrival we spotted a no trespassing sign  and a couple of surveillance cameras at the entrance. Apparently the place had just been sold!

I felt like crying, but after a minute of disappointment, I grabbed my camera bag and said:”I’m going in!”. It was risky, police could have just turned up and maybe fine us, but we just wanted to take a couple of photographs and I figured that if anyone ever came, they would probably just ask us to leave.

Me an Ale jumped the fence and walked in, there was a beautiful rusty car in the garden, so we took a couple of shots there and an other few around the derelict structures surrounding  the main house. 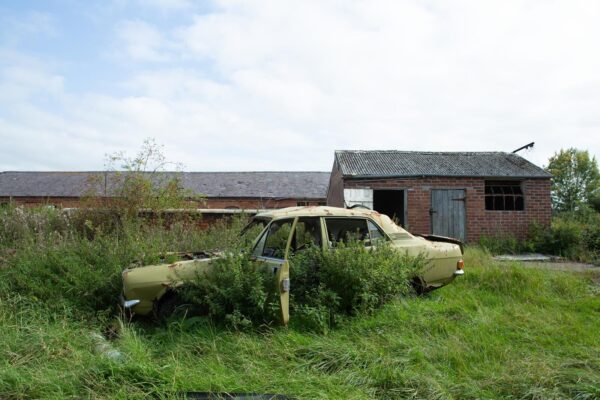 The biggest disappointment came when it was time to get inside the more interesting part of the  building, all doors were shut with wooden boards and had cameras pointing right at them.

That was the end of the line, I surely didn’t want to get arrested for braking an entrance, in Wales, in the middle of a world pandemic! So we left.

It was such a beautiful day that I quickly forgot about the failure of our mission and enjoyed the beautiful scenery, we even stopped in a local pub for a well deserved Sunday roast and spent the afternoon enjoying the warm weather in a field near by. 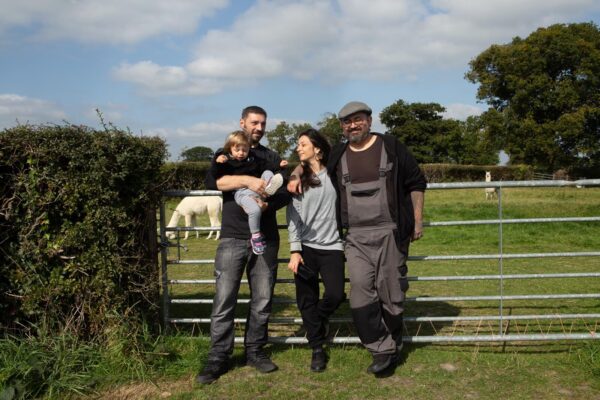 When it was time to make our way back to London we got back in the car ready for the long drive back. About ten minutes later, while we were chatting casually and Luna had nearly fallen asleep, on the side of the road we spotted a beautiful country pub just like the one we had dined in previously, only that this one was completely abandoned and all doors were opened!

We started screaming in excitement and made poor Giancarlo quickly reverse the car in the first side road available.

This building was very large and in a quite advanced state of decay.

The main hall however, still had some of the original furnitures and a decent amount of light coming in from above, as part of the second floor had collapsed and the there was a large window.

Ale put on a white dress that was in my bag and grubbed the beautiful guitar that she had kindly took along for the shoot.

She sat on what was remaining of a sofa and started playing.

It just looked perfect! I started snapping away, we tried a few poses and just like that it had all come together in the end. 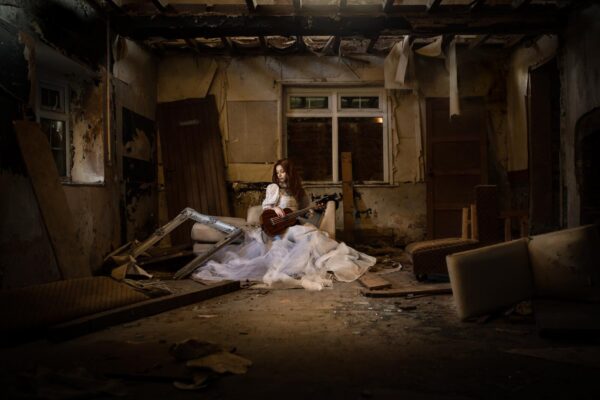